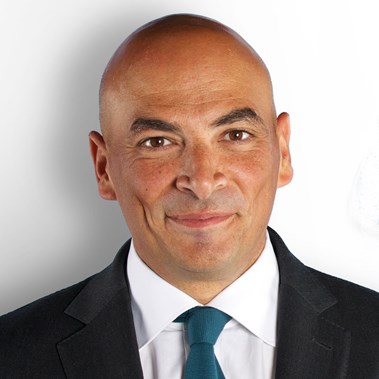 Malek Sukkar is CEO of Averda, the largest Environmental Services provider in the emerging world.

After obtaining a BSc in Manufacturing Engineering from Boston University, Mass. USA, Malek began his career with high-tech production machinery manufacturer Complete Process in London. In 1994, he joined Sukkar Engineering Group in Lebanon, which had a manufacturing division for processing machines, and subsidiaries in construction, waste management and treatment. In 2000, these companies were re-grouped under the Averda brand and Malek was appointed CEO.

In 2008, Averda won its first contract in the Gulf. Today it has projects and business units across Africa and the Middle East serving 34 cities and employing over 15,000 people.
Instrumental in Averda’s rapid growth over the past few years, with a significant role in motivating and developing its talent pool, Malek has strategically positioned Averda to capitalise on opportunities to expand throughout the GCC, Africa and Asia.

Malek is a supporter of ‘Project MainStream’, a multi-industry, CEO-led global initiative launched in 2014 by the World Economic Forum and the Ellen MacArthur Foundation to accelerate business-driven innovation and help scale the circular economy.

Malek is also a Board member of Growthgate Capital, a Trustee of Boston University and an avid art collector who supports and sponsors gifted artists around the world.