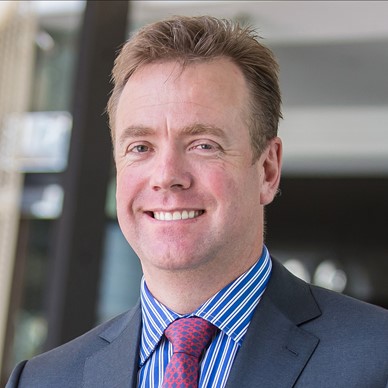 Bruce Robertson is Managing Director for Jaguar Land Rover Middle East and North Africa, having taken up the role in April 2014.

Bruce joined the MENA team with 22 years of experience in global sales and operational roles for Jaguar Land Rover in key markets including China, the UK and South Africa.  Prior to joining the Jaguar Land Rover MENA team, Bruce was Executive Vice President – Sales & Service Operations for Jaguar Land Rover in China, the largest market for both Jaguar and Land Rover products globally.  During his three and a half years in China, Bruce was instrumental in transforming the business from an operation selling less than 20,000 vehicles a year with 34 dealers in 2010, to selling 103,000 vehicles with 220 dealers in 2013/14.

From 2002 to 2010, Bruce held a number of sales and operational roles at Land Rover UK, the largest market for Land Rover sales globally at the time, helping to steer the Dealer network through the toughest financial recession ever to achieve record levels of profitability in his role as Sales Director.

As Managing Director for Jaguar Land Rover MENA, Bruce is now spearheading the next phase of growth in what is now one of the fastest growing regions in the world for the luxury automotive manufacturer.

Born in Port Elizabeth, South Africa, Bruce has a Masters Degree (MBA) from Warwick Business School. He lives in Dubai with his wife and two children and is an active sports fanatic, having spent ten years as a semi-professional rugby referee for the Rugby Football Union and is an Ironman Triathlete.